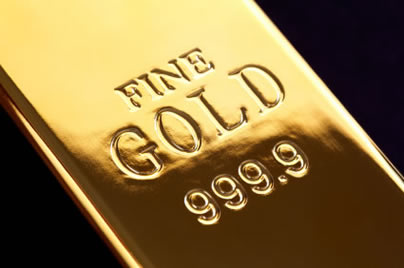 One of the most common tuypes of jewelry is gold jewelry. It’s so common, that we take it for granted at times and forget both its elegance and its practicality in uses for everything from everyday wearing to an elite night on the town to celebrate. It can fit in at a local friendly gathering and a celebrity ball! But what is gold all about anyway? Where did it come from and why d owe value it so highly? That is what we’re going to explore in this article today.

Gold is a natural mineral found in practically all of nature. Rocks, oceans, rivers, and plants all have small amounts of gold as part of their makeup.

But finding it in concentrated areas is a rare thing, indeed. There are gold mines in scattered locations around the globe, and no one seems to know for sure from whence it came. I’ve heard it theorized that gold is from the stars, and others, perhaps less romantically inclined, believe it originates from deep within our own planet.

Gold comes alloyed with silver for the most part; sometimes the percentages are as high as 50% gold and 50% silver. Quartz is also commonly found with gold.

Rocks that contain gold are known as “auriferous” rocks, which mean “gold bearing” and can be of many different types. Volcanic rock is the primary type of this rock. Alluvial deposits are the secondary gold deposits. “Alluvial” rocks are rocks being broken down by the action of water working against rocks in a river bed or lake shore.

The most readily found were the alluvial or secondary deposits because the gold was so easily seen against the sand.

Panning for gold in California comes to mind with that one. The Egyptians had a method of separating the gold from the auriferous rocks by washing the mineral with water and trapping the gold. in the 1800s, gold being found in California changed the course of history. The influx of thousands of people hoping to find their share of the precious metal spurred industry and the huge population growth in that area of the country.

It’s fascinating that all this work was primarily for a metal used almost entirely for decorative purposes. Of course then, as now, gold had intrinsic value as coinage, but even in that case it’s the beauty of and rarity of gold that gives it appeal.

Interesting examples of gold as jewelry are found in many places today. Look around online and you can find examples that fit any style or budget.

Some are playful examples but most people ordering jewelry are quite serious about their purchase. After all, it isn’t cheap and deciding on a gold jewelry purchase is usually an extremely meaningful decision. Gold can be symbolic of one’s profession as well.

Oftentimes, people will use gold to give as a gift or a symbol of one’s achievement. Both High school and college graduation rings are usually commemorated with a gold ring. You can find silver class rings, but the most common is either white or yellow gold.

But gold isn’t just used for jewelry. It’s also a highly sought after investment metal. Although it can be a volatile investment, it is a very old form of currency and it should hold its value in the end.

With the price of gold soaring, it would be a good idea to invest in some of this precious metal as a hedge against future inflation. It would also be in most people’s interest to purchase any gold jewelry you might be interested in before the prices hit the roof. Some jewelers are reporting lower sales of their gold jewelry than previously while others have said their business in this precious metal is as brisk as ever.

Today anyone can wear any jewelry they want- it’s only a matter of cost. However, it wasn’t always that way.
In ages past jewelry was all about symbolism. There were whole casts of people unable to wear certain jewelry because they were of the “wrong” social cast. You had to know your place and stepping outside of the boundaries arbitrarily set for you could be dangerous indeed. Jewelry was used to set you apart as either a person of worth, or a person considered worthless.

It’s incredible how something as seemingly innocuous as a choice of gold jewelry once had such overwhelming significance.