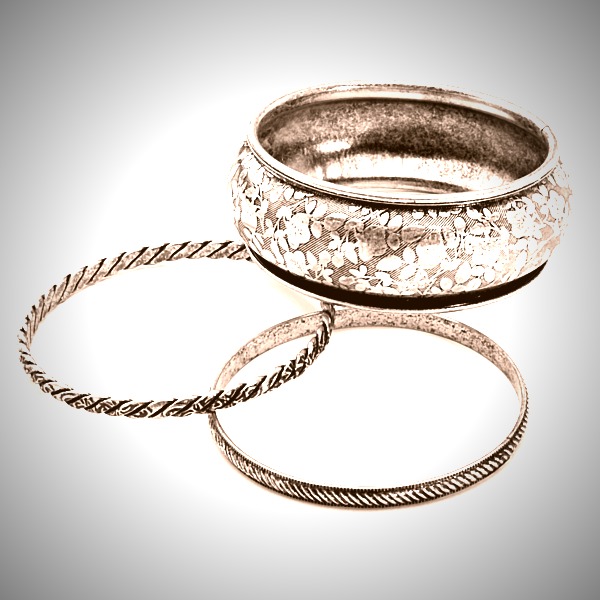 It isn’t an expensive metal- which I believe makes it more likely to be used as whimsical jewelry designs in pewter that aren’t trying to impress anyone. If a jeweler is feeling especially creative, he or she can experiment with making something in pewter and get a feel for the public interest in the design. And let’s face it, we aren’t always looking to wear our drop dead impressive jewelry pieces when going out. Sometimes a more casual piece is just what the doctor ordered.

Today pewter can be cast without lead, making it safe to have around children and pets. With all the news today about toys and jewelry from China containing lead, this is an especially important factor. The fact that old pewter contained lead may have steered a lot of people away from it but that’s a thing of the past.

It’s thought that the early Egyptians had their uses for pewter, although there aren’t many samples of it around today. It’s possible that even then it wasn’t valued like gold or silver and most of the use was for everyday objects like eating utensils and plates. Since the melting point is low, it was easy to recast whenever necessary. think about that for a minute… bent your fork? just throw it in the pile honey and I’ll melt it down later! haha

Much pewter in the Middle Ages was utilized in this way. It’s easy to associate pewter mugs with beer and feasts around a large hand hewn wooden table. Who hasn’t fantasized about hoisting a huge pewter mug of ale like some “Game of Thrones” type character from back in the old days!

Pewter is very soft as it is primarily made from tin. Because of this, tools aren’t made from the metal. This might be another reason why there aren’t too many antique pewter objects, jewelry or otherwise, found in museums or private collections. I could be wrong, but the fact that it is rather soft might have limited its long term durability. The peices you do find from long ago are usually pitted and show their age very well. This can be a good thing or a bad thing depending on perspective.

Celtic jewelry is often cast in this metal, and it seems to go very well with the relatively rough look of pewter. I believe the Celtic knot type designs are lovely, but personally I prefer them in sterling silver. That’s not to deny that pewter, or “poor man’s silver” does have a certain appeal. Sometimes the beauty of the jewelry itself is in the old look that the metal’s softness will yield. This is an advantage that pewter has over silver.

There is some agreement that in the 11th century pewter became more popular than ever. Perhaps the ability to mix the alloys in a standard manner was discovered. Trial and error eventually triumphing over guess work with a formula that was fool proof? It’s hard to know for sure, but the fact that its popularity boomed during this period lends me to believe this could be the case.

Many people collect pewter jewelry, finding it more to their liking than silver or gold. I believe it will remain a popular metal for years to come, despite its association as a 2nd class citizen in the art of making jewelry. I think it’s great personally, so give it a shot yourself and see if it tickles your fancy too!

1 thought on “Pewter Jewelry Then and Now”